Cause of Regression in Individuals with Down Syndrome is Identified 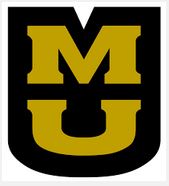 Down syndrome, the most common chromosomal disorder in America, can be complicated by significant deterioration in movement, speech and functioning in some adolescents and young adults. Physicians previously attributed this regression to depression or early-onset Alzheimer’s, and it has not responded to treatments. Now, a researcher at the University of Missouri has found that Catatonia, a treatable disorder, may cause regression in patients with Down syndrome. Individuals with regressive Down syndrome who were treated for Catatonia showed improvement, the researcher found.

“Our findings are important for young people with Down syndrome, autism and probably other neurodevelopmental disorders,” said Judith Miles, professor emerita in the MU School of Medicine and researcher with the MU Thompson Center for Autism and Neurodevelopmental Disorders. “Until recently, Catatonia was felt to be just a complication of schizophrenia; however, it now is known that Catatonia is a common neuropsychiatric disorder that complicates many types of brain disorders. Our recognition that Catatonia occurs in young adults and adolescents with Down syndrome means these individuals who before were relegated to lives of incapacity may now receive treatments that restore them to their usual levels of activity.”
Read the Rest of this Article on Science Daily