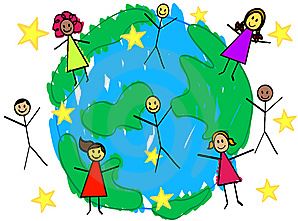 A cross-cultural study, led by Iowa State University researchers, shows prosocial media and video games positively influence behavior regardless of culture. The study, a first-of-its-kind, tested levels of empathy and helpfulness of thousands of children and adolescents in seven countries.Researchers surveyed adolescents and young adults in Australia, China, Croatia, Germany, Japan, Romania and the United States for the study, published in Psychological Science.

“Most of the media effects research has been done in Western Europe or the U.S. and focuses only on one country at a time,” said Sara Prot, lead author and graduate student in psychology. “In our study, we wanted a large international sample to be able to test these effects across different cultures.”
Researchers found that greater exposure to prosocial media — video games, movies or TV shows that portray helpful, caring and cooperative behaviors — resulted in higher levels of prosocial behavior. They found some small differences between cultural groups when comparing the countries, but the overall effect was similar for each group. Craig Anderson, Distinguished Professor of psychology and director of the Center for the Study of Violence at Iowa State, says the differences likely reflect cultural norms.
Read the Rest of this Article on Science Daily