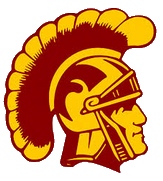 [Source: Medical News Today]
USC scientists have discovered a population of neurons in the brains of juvenile songbirds that are necessary for allowing the birds to recognize the vocal sounds they are learning to imitate.
These neurons encode a memory of learned vocal sounds and form a crucial (and hitherto only theorized) part of the neural system that allows songbirds to hear, imitate, and learn its species’ songs – just as human infants acquire speech sounds.
This discovery will allow scientists to uncover the exact neural mechanisms that allow songbirds to hear their own self-produced songs, compare them to the memory of the song that they are trying to imitate, and then adjust their vocalizations accordingly.
This brain-behavior system is thought to be a model for how human infants learn to speak, so understanding it could prove crucial to future understanding and treatment of language disorders in children. In both songbirds and humans, feedback of self-produced vocalizations is compared to memorized vocal sounds and progressively refined to achieve a correct imitation.
Read the Rest of This Article on Medical News Today