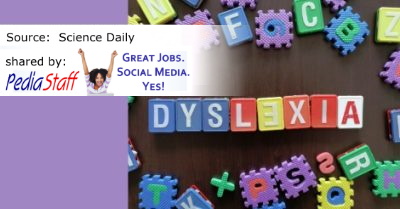 Children with dyslexia are slower to process visual information, according to new research that sheds new light on which brain processes are affected by dyslexia beyond just reading ability.

The study, published in JNeurosci and the first to combine new methods to understand visual processing and brain activity in dyslexia, challenged a group of children aged six to 14 to identify the average direction of motion of a mass of moving dots, while their brain activity was measured.

It found children with dyslexia took longer to gather the visual evidence, and were less accurate, than their typically developing peers, and that the behavioral differences were reflected in differences in brain activity.