Feel Good Story of the Week: Oldest Man with Down Syndrome who 'Defied Medical Odds' Lives to 83

Editor’s Note:  Usually, an obituary wouldn’t be cause for the ‘Feel Good Story’ of the week, but read about Mr. Bert Holbrook (and look at his picture!) you will smile and agree!
[Source: Disability Scoop] 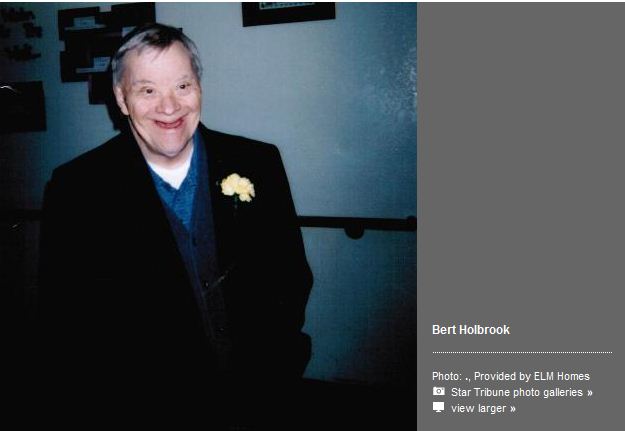 A Minnesota man recognized by Guinness World Records as the world’s oldest with Down syndrome has died at age 83.
Bert Holbrook was identified as the world’s oldest man with Down syndrome in November 2008. The Waseca, Minn. resident died on Wednesday of natural causes, a caregiver told the Minneapolis Star Tribune.
Those who knew Holbrook attributed his long life to good genes. They told the Star Tribune that Holbrook, who outlived his parents and his sister, was a “charismatic” man with a constant smile on his face.
Read the Rest of this Story on the Minnesota Star Tribune through Disability Scoop