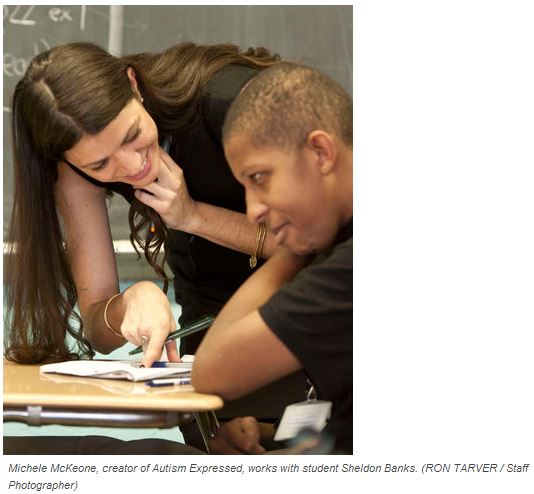 By Kristen A. Graham
One of the hottest start-ups in the city sprang up in an unlikely place – a fourth-floor classroom at South Philadelphia High.
In between lesson plans and parent conferences, teacher Michele McKeone has attracted some major buzz, along with sizable grants from the University of Pennsylvania and the Milken Family Foundation, attention from national media, and a start-up-of-the-year prize at the Philadelphia Geek Awards.
Autism Expressed, her fledgling business, teaches digital skills to students with autism. It is the first program of its kind on the market, experts believe, and one McKeone hopes will modernize special-education services.
It began in a way familiar to many teachers. She saw a need in her classroom, so she filled it.
McKeone studied digital media at the University of the Arts before earning her master’s degree in education. When she began teaching in 2008, she was surprised that, although
Read the Rest of this Article on Philly.com