Film Starring Actors With ASD Coming To The Big Screen 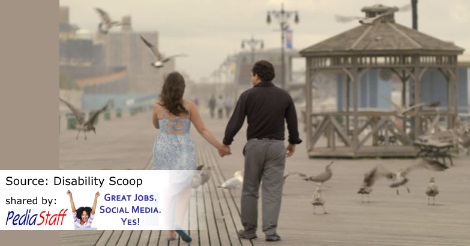 A feature film starring multiple people with autism is headed for a national release.

The distribution company Kino Lorber has acquired the rights to “Keep The Change,” a romantic comedy focusing on the relationship that blossoms between David and Sarah, two young adults on the spectrum who meet at a support group.

The film will be featured at the 2018 ReelAbilities Film Festival before opening March 16 in New York. A national expansion will follow, Kino Lorber said.