Focus on Bilingualism: What is Typical Development in a Bilingual Child? 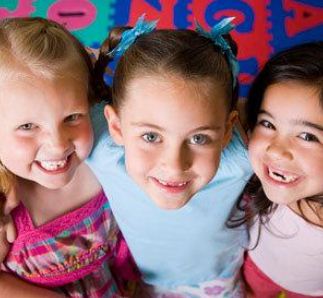 By: Alejandro Brice, Ph.D, CCC-SLP, Ellen Kester, Ph.D., CCC-SLP and Roanne Brice, Ph.D., CCC-SLP
Introduction
The notion of typical language development has far too long been predicated on monolingual development. It is estimated that approximately 80% of the world’s population speaks more than one language. Thus, the monolingual view to language development is inadequate to describe language acquisition from a global perspective. In addition, the viewpoint that bilingual language development mirrors monolingual language when only one of the child’s languages is considered is a misguided assertion (Brice & Brice, 2009; Grosjean, 1989). Consider the following case study.
Case Study
According to parent report this male child was born prematurely weighing 2 lbs. 15 ounces. He was able to meet developmental milestones when factoring in an additional two and half months for his premature development (i.e., he was born at approximately 26 weeks gestation). The child was able to walk at 14 months and say his first words in Spanish (Spanish being the native language) at 11-12 months. Vision and hearing were reported to be normal.
At three years of age the family immigrated to the United States. The child spoke only Spanish up to his enrollment in school (i.e., at kindergarten and five years of age). It was reported that the parents only spoke Spanish in the home prior to his school enrollment.
At Kindergarten, he was enrolled for 1/2 of the school day. The school was located in a small town in the U.S. mid-west. Other Latino families were not present in this town. Instruction was provided in an inclusive English only classroom. The child did not receive any ESL or ESOL instruction (in addition, no Spanish-speaking teachers were available at the school). It was noted by his teachers that the child did not speak English and had very little participation in academic English class work when he came to school.
The teachers noted that the child exhibited anxiety and fear. The first grade teacher reported the following from his report card.
Reading

Additional Comments on the Report Card:

Comments
One should note his weaknesses in language, i.e., understanding the relationship between sounds and letters in his phonics lessons, but needing drills on vowels, consonants, and blends. He also has difficulty expressing his thoughts in a complete sentence and he loses his trend of thought and needs individual help. When compared to his monolingual peers, he appears to display some non-typical language difficulties.
However, let us examine his strengths as noted by his teacher. He has mastered basic reading skills. He reads story picture charts very well. He displays good orthographic writing skills, and he is performing equal to his peers in math number facts.
One should consider the following regarding his bilingual language development: that is that, he has only been exposed to oral English for 1 ½ years, yet he is performing satisfactorily in academic English (which may take 5-7 years to fully develop) (Cummins, 1984). Please remember that he has been placed in a totally inclusive English speaking classroom. In addition, he has not experienced any language deceleration in his Spanish development as he has acquired English (Fabiano-Smith & Barlow, 2009; Paradis & Genessee, 1996).
Conclusions
The first question is whether this student displays language difficulties? Yes, he displays language issues. Does he display characteristics of a language learning disability? Are his difficulties typical of a monolingual speaker of English or a monolingual speaker of Spanish? The answer to the above two questions are that he does not show characteristics of a language learning disability even though he displays deviations from how a monolingual speaker would perform. However, he does not display deviations from bilingual speech and language development. In other words, his development is typical of a bilingual child acquiring two languages given his background and history. One could argue that his development is above average considering his early developmental struggles (i.e., prematurity).
We arrive at these conclusions from the observational data. In addition and for your information, this case history is from the first author’s experiences as an early bilingual speaker in the United States.
In sum, bilingual development is unlike monolingual development. Speech-language pathologists must know bilingual acquisition and development in order to define what is typical development in a bilingual child and how to assess language learning disabilities in bilingual children.
References
Brice, A. & Brice, R. (2009). (Ed.s). Language development: Monolingual and bilingual acquisition. Old Tappan, NJ: Merrill/Prentice Hall.
Cummins, J. (1984). Bilingualism and special education: Issues in assessment and pedagogy. San Diego: College-Hill Press.
Fabiano-Smith, L. & Barlow, J. (2009). Interaction in bilingual phonological acquisition: Evidence from phonetic inventories. International Journal of Bilingual Education and Bilingualism, 31 (1). 1- 17.
Grosjean, F. (1989). Neurolinguists, beware! The bilingual is not two monolinguals in one person. Brain and Language, 36(1), 30-15.
Pardis, J., & Genessee, F. (1996). Syntactic acquisition in bilingual children: Autonomous or independent? Studies in Second Language Acquisition, 18, 1-25.
This Month’s Featured Authors:
Alejandro Brice, Ph.D., CCC-SLP University of South Florida St. Petersburg
Ellen Kester, Ph.D., CCC-SLP Bilinguistics, Inc.
Roanne Brice, Ph.D., CCC-SLP University of Central Florida

Dr. Alejandro E. Brice is an Associate Professor at the University of South Florida St. Petersburg in Secondary/ESOL Education. His research has focused on issues of transference or interference between two languages in the areas of phonetics, phonology, semantics, and pragmatics related to speech-language pathology. In addition, his clinical expertise relates to the appropriate assessment and treatment of Spanish-English speaking students and clients. Please visit his website at http://scholar.google.com/citations?user=LkQG42oAAAAJ&hl=en or reach him by email at [email protected]
Dr. Ellen Kester is a Founder and President of Bilinquistics, Inc. http://www.bilinguistics.com. She earned her Ph.D. in Communication Sciences and Disorders from The University of Texas at Austin. She earned her Master’s degree in Speech-Language Pathology and her Bachelor’s degree in Spanish at The University of Texas at Austin. She has provided bilingual Spanish/English speech-language services in schools, hospitals, and early intervention settings. Her research focus is on the acquisition of semantic language skills in bilingual children, with emphasis on assessment practices for the bilingual population. She has performed workshops and training seminars, and has presented at conferences both nationally and internationally. Dr. Kester teaches courses in language development, assessment and intervention of language disorders, early childhood intervention, and measurement at The University of Texas at Austin. She can be reached at [email protected]
Dr. Roanne G. Brice is the Assistant to the Chair for the Department of Child, Family and Community Sciences at the University of Central Florida. Her research interests have focused on language and beginning literacy skills in bilingual children and students with disorders/disabilities. In addition to teaching at the university level, Dr. Brice has been an itinerant and self-contained classroom speech-language pathologist as well as a general education classroom teacher. She may be reached at [email protected]