Genetic Connection Between Autism and Language Impairment, Also in Areas of Social Skills and Repetitive Behaviors 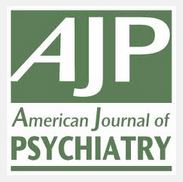 [Source:  Medical News Today]
Lorenzo Miodus-Santini an 11-year-old sixth-grader from Princeton, who was classified as autistic at only 13 months old, was never a big talker. As an infant he didn’t babble or coo. When he was a toddler beginning to speak, he would learn one word but forget another.
His older brother, Christian, a 15-year-old high school sophomore, shared some similar characteristics – difficulty with reading, processing words and speaking clearly. Doctors said he had language impairments but was not autistic.
New research published online in the American Journal of Psychiatry, by scientists at Rutgers University and The Research Institute at Nationwide Children’s Hospital in Ohio, reveals that there is a genetic link connecting family members with autism like Lorenzo Miodus-Santini to those like his brother, Christian, who have specific language impairment characterized by speech and language difficulties that can’t be explained by cognitive or physical problems.
Read the Rest of this Article on Medical News Today