SLP Corner: How to Choose and Use the Best Games for Children with Special Needs 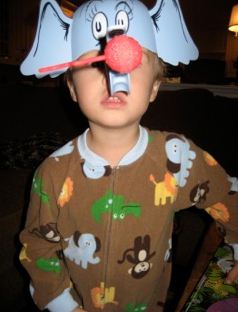 by Sherry Artemenko, M.A., CCC-SLP
I want to write a series of blogs on how to choose and use the best games, toys and books for children with special needs, since that is where my passion, experience and expertise in speech language therapy and great children’s toys converge.
In my 35 years of experience as a speech language pathologist, I have pursued great commercial toys, games and books to engage and excite kids while serving as a structure to teach language skills. I see children improve in their understanding and use of concepts, syntax, critical thinking skills and social pragmatic language while playing a game.
While gathering my list of best games to use to build language, I observed a child with whom I work, who is on the autism spectrum. We had been playing board games with his peers and siblings during our sessions to encourage social language and build language skills. During an observation at his preschool, I watched free play, as he joined his peers in a game of  “Froggy Boogie” by Blue Orange Games. James knew the rules and appropriate reactions since we had played the game many times in therapy. He was one of the gang with his typical peers! He was taking turns, reacting with appropriate surprise, delight and discouragement over the results of his play, using appropriate facial expressions and eye contact and giving background information to friends who didn’t know how to play the game. If my little friend James improved his language skills while having fun playing a game, why not show other parents and therapists of children with special needs a method for addressing language goals and building skills while enjoying a game? Look for:

Here’s a language lesson for “Froggy Boogie” to demonstrate all the aspects of language learning that can be captured while having fun with a game. The parent or therapist can model the different concepts and vocabulary for extra learning:
Froggy Boogie by Blue Orange Games
Recommended age: 4-6 years
Review: Grab your kiddy frog for a boogie around the lily pads. The trick is that you can’t be “seen” by the googly eyes of the adult frogs or your froggy is frozen in place, unable to advance toward the finish. What kid doesn’t enjoy sneaking past his parents’ watchful eyes? Each adult frog, painted two delightful colors, lies waiting in the middle of the pond. Roll the colored dice, match the two colors that come up to the adult frog and pick up one of his bulbous eyes to reveal if he has “seen” you–a green frog stamp says “yes” and a blank means “no.” Let’s hope it is blank and you can sneak on past the adults around the lily pads to the finish.
Concepts:

Non-language skills strengthened: visual memory, (remembering 2 colors on the frog), counting, fine motor skills, visual discrimination, color matching, and requires no reading.
Links to Literacy:
Have fun with a book about frogs!
“A Frog in the Bog” by Karma Wilson
“Its Mine!” By Leo Lioni
“Frog and Toad are Friends” by Arnold Lobel
“Foggy Learns to Swim” by Jonathan London
Featured Contributor: Sherry Y. Artemenko M.A., C.C.C.
About Sherry Y. Artemenko M.A., C.C.C. and Play on Words
For more than 30 years, Sherry Artemenko has worked with children to improve their speech and language, serving as a speech language pathologist in both the public and private school systems and private practice.
Working and playing with children daily, Sherry has become an expert in evaluating children’s toys, games, and books for their language-building value. She has contributed articles and reviews to Parents Choice Foundation and her reviews appear in promotional media for Playmobil, International Playthings, Alex Toys, Thinkfun Games, and Baker Taylor Publishing, among others.
Thanks to Sherry and Play on Words PlayOnWords.com for sharing her article with us.
Please support our contributors and visit PlayOnWords.com