Hollywood Embraces Actors With Down Syndrome 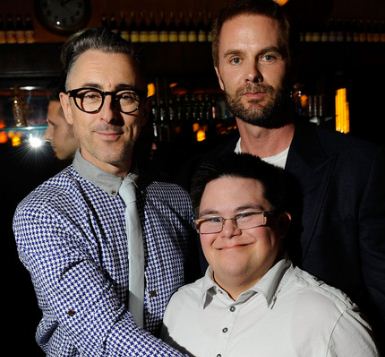 Image Credit: Alan Cumming.com
[Source:  Disability Scoop]
With two new films featuring actors with Down syndrome slated for release in the coming weeks, Hollywood prospects for those with the developmental disorder are on the rise.
Actors with Down syndrome play central roles in “Café de Flore,” which focuses on the relationship between a mother and her son with the disorder in Paris in the 1960′s, and “Any Day Now,” a movie based on the true story of a teenager with Down syndrome who was taken in by a gay couple.
The release of both films this fall comes as actors with the chromosomal disorder have made their mark on television in recent years with regular roles on shows including “Glee,” “The Secret Life of an American Teenager” and “American Horror Story.”
Read the Rest of this Article on Disability Scoop