How the Brain Recognizes Speech Sounds is Revealed 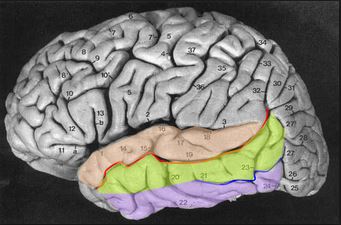 Researchers at the University of California San Francisco show in a new study – published in the journal Science – that the shaping of sound by our mouths leaves “an acoustic trail” that the brain follows.
Scientists have known for some time that it is the superior temporal gyrus (STG; also known as “Wernike’s area”) where speech sounds are interpreted. But not much has been known about how the brain actually processes speech.
To investigate this, the University of California San Francisco (UCSF) researchers placed neural recording devices directly onto the surface of the brains of six patients who were undergoing epilepsy surgery. This allowed the researchers to capture very rapid changes in the brain.
The brain is ‘tuned’ to speech
This was one of the most advanced studies of the brain’s interpretation of speech. Previous studies had only been able to analyze neural responses to just a handful of natural or synthesized speech sounds, but because of the speed of the technology used by the UCSF team, they were able to use every kind of speech sound in the English language, multiple times.
Read the Rest of this Article on Medical News Today