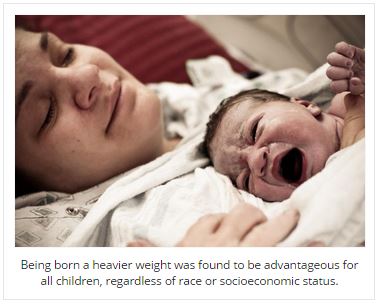 Previous research has found that low birth weight is associated with a variety of adverse outcomes in later childhood.

Studies reported on by Medical News Today have suggested that low-birth-weight babies are more likely to have autism spectrum disorder, psychiatric problems and childhood illness or lower promotion prospects in later life.

The new study, published in the journal American Economic Review, is the first to explore the interaction between birth weight, children’s cognitive development and the quality of education they have.

The researchers used merged birth and school records for all children born in Florida during the period 1992-2002, which included more than 1.3 million children and nearly 15,000 pairs of twins.