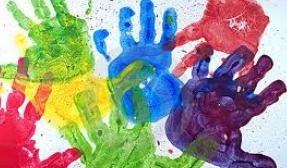 [Source:  Science Daily]
In this article by Zoccolotti, De Luca, Lami et al, published in Child Neuropsychology,Rapid Automized Naming (RAN) tests were conducted on 43 average children and 25 with developmental dyslexia. The task involved naming colors, digits, pictures words and word lists displayed multiple times and in discrete form.  Participants’ response times and error rates were recorded.  Dyslexic children not only have trouble identifying strings of letters, but also programming eye movements and synchronizing speech output. Thus reading is a multiple component task presenting difficulty for dyslexic children.  During the article the authors outline the results of the tests and analyze reasons for the differences between the two groups.
Children chosen to participate were comparable for age, gender and IQ.  They were required to read a passage aloud for 4 minutes and scores were taken for speed and accuracy.  Children were also asked to identify colors and numbers, in both discrete and multiple forms.  Finally children were given 5 letter and 7 letter words to read, both in singular fashion and in lists.  Participants were individually tested. Single stimuli tests were conducted on a pc, children requested to name color, shape or word as fast and as accurately as possible.  Multiple stimuli tests were given on paper and children were timed with a stopwatch and errors noted.
Read the Rest of this Article on Science Daily