New Findings on How Bilinguals Switch Between Languages 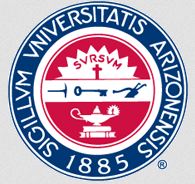 Individuals who learn two languages at an early age seem to switch back and forth between separate “sound systems” for each language, according to new research conducted at the University of Arizona.
The research, to be published in a forthcoming issue of Psychological Science, a journal of the Association for Psychological Science, addresses enduring questions in bilingual studies about how bilingual speakers hear and process sound in two different languages.
“A lot of research has shown that bilinguals are pretty good at accommodating speech variation across languages, but there’s been a debate as to how,” said lead author Kalim Gonzales, a psychology doctoral student at the University of Arizona. “There are two views: One is that bilinguals have different processing modes for their two languages — they have a mode for processing speech in one language and then a mode for processing speech in the other language. Another view is that bilinguals just adjust to speech variation by recalibrating to the unique acoustic properties of each language.”
Read the Rest of this Article on Science Daily.com