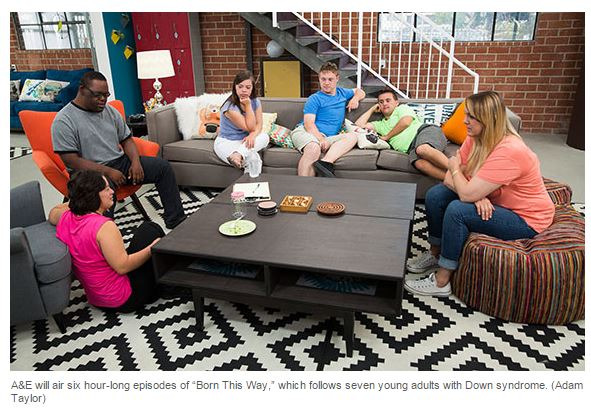 The production company behind “Keeping up with the Kardashians” and other reality television staples will debut a new documentary series following young adults with Down syndrome.
The six-episode series “Born This Way” will air on A&E Network starting Dec. 8 at 10 p.m. ET.
For the show, cameras followed seven Southern California young adults with Down syndrome and their families as they navigate jobs and relationships and look to gain greater independence.
Among those featured is Steven, who works two jobs and knows the title and year of every Oscar-winning film, John who is pursuing a career in rap music and Cristina who works at a middle school and has a boyfriend of four years who she plans to marry.
Read the Rest of this Article on Disability Scoop