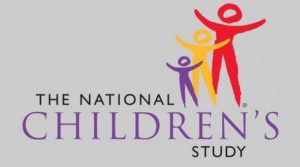 Federal officials are pulling the plug on an ambitious plan hatched 14 years ago to follow the health of 100,000 U.S. children from before birth to age 21. The National Children’s Study (NCS), which has struggled to get off the ground and has already cost more than $1.2 billion, has too many flaws to be carried out in a tight budget environment, advisers today told National Institutes of Health (NIH) Director Francis Collins. He announced he is dismantling the study immediately.

At the same time, the advisers endorsed the aims of the study and urged NIH to fund related research. NIH now plans to figure out a way to do that by redirecting some of NCS’s $165 million in funding for 2015, Collins said today at a meeting of the NIH Advisory Committee to the Director (ACD).

Collins insisted that the news is not all bad. “This is not killing the study. It is discontinuing a study in the form that had been previously contemplated. But it is opening up a much broader array of scientific horizons to try to accomplish those goals, which we all strongly agree are worthwhile and highly deserving of that kind of attention,” he said.

Read the Rest of this Article on Science Mag.org