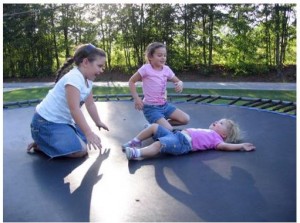 Children’s future writing difficulties can be identified before they even learn how to begin writing, according to a new study by Professor Phaedra Royle and Postdoctoral fellow Alexandra Marquis of the University of Montreal’s School of Speech Language Pathology and Audiology.

The researchers are interested in oral language skills and their impact on grammar and spelling learning. Their work shows that oral language is a good predictor of writing difficulties. “The more children are able to use verb tense in spoken language, the more easily they can learn written language,” explained Professor Royle. On a different note, the research data also contradicts the popular belief that bilingualism at an early age can be detrimental to oral and written language learning.

71 children aged six to nine years participated in Marquis and Royle’s study on the relationship between oral and written language skills (e.g., children’s ability to orally conjugate verbs in the past tense or to use auxiliaries and other grammatical elements in writing). Of these children, 38 were unilingual French-speaking and 33 were multilingual, with French being their second or third language. All attended French-language schools. They were initially evaluated in first grade, by having their oral ability in verb conjugation measured. Then, at the end of second grade, the children’s written skills were tested – they were given a multiple choice morphosyntactic task (e.g., asking them to chose the right spelling between a, à and as in a sentence such as Paul a une amie ‘Paul has a friend’) and underwent a standardized dictation test. Morphosyntax is a linguistic term related to word

Read the Rest of this Article on MedicalXPress