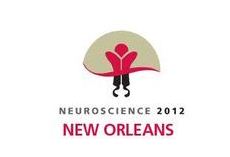 Earlier this year I posted on a study showing that oxytocin administration improves ability to detect the emotions people display through facial expressions. The authors of the study suggested that oxytocin may play a role in Autism Spectrum Disorders (ASDs) because individuals with ASDs tend to have lower levels of oxytocin on average and more difficulty recognizing emotions. Today at the Society for Neuroscience (SfN) conference, Takahaski Yamada from Showa University in Japan looked more closely at the issue. He showed that for people with ASDs, oxytocin administration improves emotion recognition, but only for emotions that are difficult to identify.
For the experiment, Yamada recruited 19 men with an ASD and 19 men without any ASD as a control group. He tested the ability to recognize emotions after he gave them oxytocin and again after he gave them a placebo. Both the oxytocin and placebo were given through a nasal spray, a technique used in many oxytocin studies. Half the participants received oxytocin first, and the other half received placebo first.
Read the Rest of this Article on Psychology Today