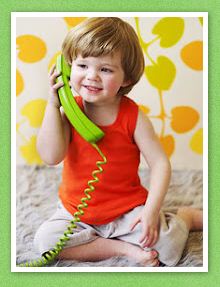 [Source:  Science Daily]
We depend on a barrage of standardized tests to assess everything from aptitude to intelligence. But do they provide an accurate forecast when it comes to something as complex as language? A study by Diane Pesco, an assistant professor in Concordia’s Department of Education, and co-author Daniela O’Neill, published earlier this year in the Journal of Speech, Language, and Hearing Research, shows that the Language Use Inventory (LUI) does.
Developed by O’Neill at the University of Waterloo, the LUI assesses the language of children 18 to 47 months old. In answering a series of questions, parents reveal how their children use language in various situations, including interacting with others, playing, and communicating about the world around them. Children’s scores can then be compared to those of hundreds of other children the same age from across Canada. In fact, the test is currently used in eight provinces in Canada, 30 states in the U.S., as well as in the U.K., Ireland, Australia, and New Zealand.
Read the Rest of this Article on Science Daily