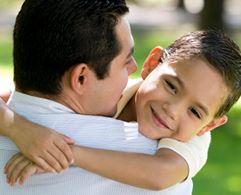 Researchers also found that 65.6 percent of very low birth weight and 41.2 percent of extremely preterm children had experienced academic achievement similar to normal weight peers.
The research team — led by Caron A.C. Clark, a scientist in the Department of Psychology and Child and Family Center at the University of Oregon — detected an overall reduced volume of mid-brain structures, the caudate and corpus callosum, which are involved in connectivity, executive attention and motor control.
Read the Rest of this Article on Science Daily