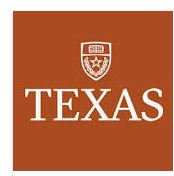 Psychologists at The University of Texas at Austin found that children flexibly choose when to imitate and when to innovate the behavior of others, demonstrating that children are precocious social learners.

“There’s nothing children are more interested in than other people,” said UT Austin psychologist Cristine Legare. “Acquiring the skills and practices of their social groups is the fundamental task of childhood.”
In order to function within their social groups, children have to learn both technical skills with instrumental goals, such as using a fork and knife to cut food, and social conventions with goals based on social conformity, such as forms of greeting (for example: handshakes, kissing and bowing).
This research demonstrates that children are sensitive to the distinction between instrumental and conventional goals and flexibly adapt their behavior accordingly.
“The more carefully you imitate a social convention, the better, more reliable group member you are. Tasks with instrumental goals allow for more innovation,” Legare said. “Young children adjust how carefully they imitate and when they innovate, depending on the perceived goal of the behavior or reason for action.”
Read the Rest of this Article on Science Daily