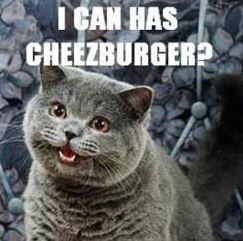 When I was first introduced to memes, I thought they were all for comedy and that they were image-based on the internet. However, I later found out that the term “meme” is actually more complex and broad than what you can find online. The word “meme” originates from science, noted first in Richard Dawkin’s book The Selfish Gene (1976), where Dawkins (an evolutionary biologist) discusses how in genetics a meme is a self-replicating unit with significance in explaining human behavior and cultural evolution (http://en.wikipedia.org/wiki/Meme). He discusses that a meme is a cultural entity that might be replicated or imitated based on its ability to be retained, transmitted, and their aptitude to be replicated. In this article about memes and their use in speech-language therapy, I will be mostly discussing memes passed through social mediums including the internet, television, and radio through audio, video, images, and text as well as combinations of these mediums.

Memes passed through the social mediums of the internet, television, and radio are different than other memes. These can be saved to be found later and generally tracked back to the original source. This can show scientists, researchers, and marketing specialists how they transform over time, how many people have viewed or heard a particular meme, and what types of actions, in particular the continuation or dormancy of the meme, occur following a person being subjected to the meme. Scientists and researchers study how memes evolve and predict which will survive and spread throughout a culture.

To learn more about popular memes and how they can be used in speech-language therapy sessions, continue reading!

Read the Rest of this Article on Consonantly Speaking