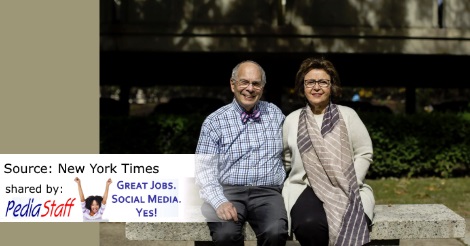 By now, Sally and Bennett Shaywitz might have retired to a life of grandchild-doting and Mediterranean-cruising.

Instead, the Shaywitzes — experts in dyslexia at Yale who have been married to each other for 55 years — remain as focused as ever on a research endeavor they began 35 years ago.

Sally, 76, and Bennett, 79, both academic physicians, run the Yale Center for Dyslexia and Creativity. Their goal is not just to widen understanding of the scientific underpinnings of dyslexia, the most common learning disorder in the United States, but to push for public policies aligned with that knowledge.

Read the Rest of this Article on New York Times.com