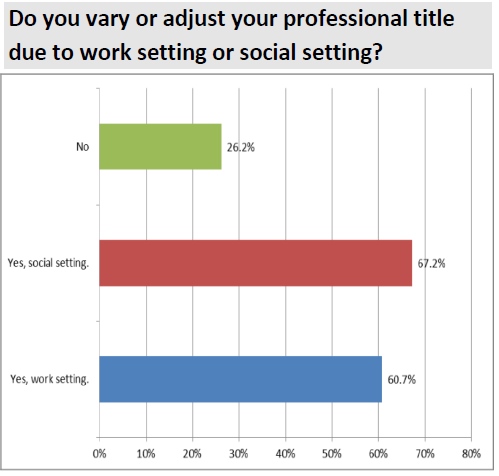 In the public’s eye, the “Swallowing Lady” is not the same as the “Speech Teacher” and yet dysphagia and phonology are two areas of knowledge and training expected of SLPs. Speech-Language Pathologists know that act of naming or labeling helps develop language and cognition skills. Yet, this same technique is not being used to increase the public’s knowledge and perception of the field of Speech-Language Pathology. What’s in a name? Plenty.
The following stories bring this point home: While shopping one day a store clerk shared, “Oh my daughter doesn’t get speech from a… what did you say you are?” “Speech-Language Pathologist,” I replied. “Yeah that. She goes to a Speech Therapist.” I tried to explain that they are synonymous but instead ended up applauding her efforts to provide early childhood intervention. SLPs are famous for their adaptability, flexibility and nurturing nature. Then there’s the time a teacher’s aide declared, “Can you believe it? The doctor wants my mother to go to a Speech Therapist for a swallow evaluation. I told him she can speak just fine!” This time, I explained that our scope of practice included such areas as swallowing, articulation, language disorders, stuttering, and voice.
Families who have received treatment from SLPs are the best advocates. I stumbled into this profession, so I was pleasantly surprised when a friend whom I hadn’t seen in a while shared, “You’re an SLP? That is such an important job. An SLP helped my father when he had a stroke and we are so grateful that he is doing better. So many people benefit from your services.” Words like these motivate you to want to do more to make a difference.

According to the current President of The American Speech-Language Hearing Association, (ASHA), Dr. Patricia Prelock, “The more we educate the public about what we are educated to do and how our services can add quality to their life, the greater chance we have of truly making a difference.” As part of CSHA’s efforts to increase public awareness of the profession, the Media and Public Relations subcommittee of the Leadership and Marketing Committee was formed by CSHA President-Elect, Dr. Deborah Swain. She remarked, “The public just doesn’t realize the breadth and depth of our scope of practice.”
Read / Download the Rest of this Article
About the Authors:
Felicia Sison Conlan, M.S., CCC-SLP is a Speech-Language Pathologist with the Los Angeles Unified School District. She is Co-Chair of the California Speech-Language-Hearing Association (CSHA) Leadership and Marketing subcommittee on Media and Public Relations and serves on the CSHA District 7 Nominating Committee. A former television reporter and producer in Los Angeles, she was also a bilingual elementary school teacher. Conlan served as past President of the California State University, Northridge (CSUN) Communication Disorders and Sciences Alumni Association.
This article was written with assistance from Nora Shimoda. Shimoda is Co-Chair of the CSHA Leadership and Marketing subcommittee on Media and Public Relations and an Advisory Committee member of CSHA District 2. She is a conditional graduate student in the California State University, Sacramento Department of Speech-Language Pathology and Audiology. Previously, she worked as a TV news reporter in Sacramento and a media relations specialist for Kaiser Permanente’s Northern California region.