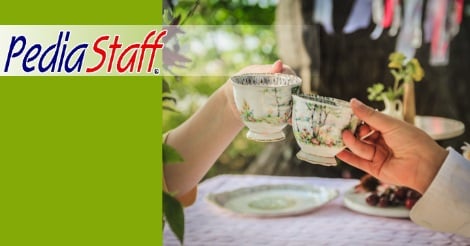 What is prosody?
When it comes to childhood apraxia of speech (CAS), many therapists are stumped. Even after helping a child find some words, there can be other problems including grammar delays and underdeveloped prosody. Prosody is loosely defined as the melody of speech. That melody is made up of several components: volume, rate, pitch, intonation, stress patterns, and general speech flow.

After months of drilling sounds and word shapes in apraxia therapy, children tend to be so focused on using all of the correct sounds in all of the correct places, that they lose (or never develop) any melody to their speech. They may sound robotic, choppy, or they may use incorrect intonation.

How does it sound?
Prosody can be just as important as the words themselves. For instance, I can easily tell if someone using an unfamiliar language is angry, happy, asking a question, or making a demand. A toddler whose speech is not yet intelligible uses prosody with his jargon to make his wants and needs known. Even when the parent does not know what he is saying, the child sounds like he is having a meaningful conversation. That is due, in large part, to prosody.

What can I do?
There are many techniques for improving prosody (e.g., Melodic Intonation Therapy, PROMPT, music therapy, etc.). The problem is that all therapists are not trained in all of these therapies, and all families cannot afford multiple therapies per week. The question then becomes, “How can any speech-language pathologist working with a child who has CAS correct prosody problems, or even better, prevent prosody from becoming a problem in the first place?”

One of the most effective ways I have found to address prosody issues in children with CAS is to focus on their coarticulation skills. Any speech-language pathologist can use this technique without receiving additional training or certifications. Just as they do not learn speech on their own, most children with CAS do not learn to coarticulate on their own. Their speech is choppy and disconnected when they use all of their sounds. When their speech is fluid, they are often dropping off sounds, syllables, or even whole words (e.g., “I pu ca ere” for “I put a car here”). When I explain coarticulation to parents, I tell them that there are no spaces in speech. There are only spaces in writing. There are many types of coarticulation: vowel to vowel (“Iyam” versus “I…am”), consonant to vowel (“picka” versus “pick…a”), consonant to consonant (“horshoe” versus “horse…shoe”), etc. Coarticulation gives speech natural flow and aids the development of appropriate stress and intonation.

When do I start?
We begin teaching coarticulation at the same time we begin teaching two syllables. After the child is using CVC combinations to label objects (using nouns), the therapist should be adding “a” in front to increase difficulty and avoid the common problem among children with CAS of omitting articles. As soon as the child is ready to put two words together, try “hida…ball” instead of “hit…a…ball”. Many therapists make the mistake of leaving out the articles, so that the child is using more “meaning” words (e.g., “hit ball”). The problem with this technique is twofold. First, it is much more difficult to add articles at a later time than it is to teach the motor plan to include them from the beginning. Particularly in this disorder, it is vital that grammar be addressed as it comes in therapy rather than waiting for errors to occur. Secondly, it is much more difficult to say two consonants in a row than it is to say a consonant and vowel. Therefore, the “t” in “hit” is likely to be omitted creating the less intelligible phrase, “hi ball”.

What else?
You must also consider that in Standard American English, we write “water”, but we say something more like “wader”. A “t” between two vowels almost becomes a “d” sound. It is actually called a “flap t”. Also, “a” and “the” are pronounced “uh” and “thuh” in connected speech. These are some of the unwritten rules of the English language in America that give our speech an attractive melody. In typical speech development, the unwritten rules are picked up automatically, but in CAS, we usually have to methodically teach the motor plans.

We thank Sarah M. Gee for providing us with this article for our newsletter

Sarah M. Gee, MS, CCC-SLP is the founder and director of Progressive Speech Therapy, LLC (http://www.progressivespeechtherapy.com) located in Dallas, TX. She received her B.S. in speech-language pathology and audiology and M.S. in communication disorders from the University of Texas – Dallas. While she began her service to Dallas working in the schools with children who have hearing impairments, Sarah’s current passion includes providing children with CAS a means of oral communication. She is dedicated to serving the families of these children through parent support groups and involving them in their child’s therapeutic process. Sarah is also working to increase awareness of CAS in her community by organizing a Walk for Apraxia that supports the efforts of CASANA. She currently resides in Dallas, TX with her husband and beloved English bulldog, Promo. Contact her at [email protected]