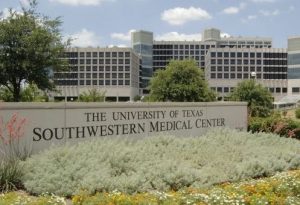 UT Southwestern Medical Center researchers have identified a possible therapy to treat neurofibromatosis type 1 or NF1, a childhood neurological disease characterized by learning deficits and autism that is caused by inherited mutations in the gene encoding a protein called neurofibromin.

Researchers initially determined that loss of neurofibromin in mice affects the development of the part of the brain called the cerebellum, which is responsible for balance, speech, memory, and learning.
The research team, led by Dr. Luis F. Parada, Chairman of Developmental Biology, next discovered that the anatomical defects in the cerebellum that arise in their mouse model of NF1 could be reversed by treating the animals with a molecule that counteracts the loss of neurofibromin.
“Children with neurofibromatosis have a high incidence of intellectual deficits and autism, syndromes that have been linked to the cerebellum and cortex,” said Dr. Parada, Director of the Kent Waldrep Foundation Center for Basic Neuroscience Research and holder of the Diana K. and Richard C. Strauss Distinguished Chair in Developmental Biology and the Southwestern Ball Distinguished Chair in Nerve Regeneration Research at UT Southwestern. “Our findings in these mouse models suggest that despite embryonic loss of the gene, therapies after birth may be able to reverse some aspects of the disease.”
The rare genetic disorder NF1, also known as von Recklinghausen disease, affects about 1 in 3,000 people and can lead to uncontrolled tumor growth along nerves. It also can result in behavioral, learning and autism spectrum disorders, trigger motor deficits, and impact aspects of memory and behavior.
Read the Rest of this Article on Science Daily