Worth Repeating: Celebrating Feeding Tube Awareness Week: For the Love of a Tubie 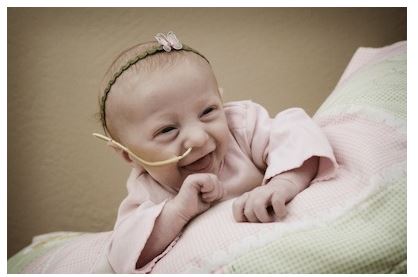 If someone had told me four years ago this week that my daughter Raya would still be getting 85% of her calories from tube feeds four years later, I wouldn’t have believed it.  And I probably would have cried.  The last four years have been filled with things that I could never possibly have envisioned for Raya as a newborn (or infant, or toddler, or self-proclaimed “big girl”), and the feeding tube has been the most visible of those things.

Confronting the Feeding Tube
For the first two months of her life, everything had been a struggle with Raya.  But once she began getting tube feeds of specialized formula, she was almost a completely different child.   I knew that she needed the tube at that point and I was relieved when the GI said we would be going home with it.  Not because I WANTED a feeding tube to be part of our lives, but because I knew it was the right thing for her at the time, and I knew that as long as it was there, I could get whatever she needed into her.
I also remember thinking that we would probably use the tube for a couple weeks and then be done with it.  She had improved so much after her formula change that I really felt like the upward trend would continue once we went home and we’d be taking it out shortly after.  Even so, there was a part of me that knew deep down that it would be more than a couple weeks.  I never fathomed at that point in time that it would be four years later and she’d still be 85% dependent on it, but I had a feeling that it wasn’t going to be a matter of weeks either.
Read the Rest of this Article on Complex Child