Worth Repeating: Dyslexia and the English Learner Dilemma

Thank You to Reading Rockets for alerting us to this article! 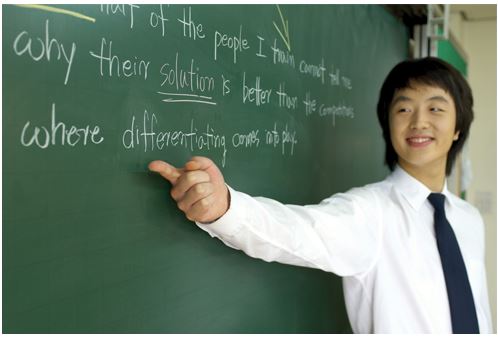 The American educational system has a difficult time understanding dyslexia and an even harder time identifying children with dyslexia in order to provide the correct intervention for students who are native English speakers. When a school has the added challenge of identifying struggling English language learners (ELLs), the task becomes an even more complicated process, and often, these kids are completely missed. But that does not have to be the case. Children who are learning English are just as likely to have dyslexia as their native-English-speaking counterparts, and there is a way to identify dyslexia in these children. The difference is that dyslexia might appear in the native language quite as vividly as it will when they attempt to learn English.
But before we can begin the conversation about how dyslexia affects those students who are English language learners, we have to agree that dyslexia is real and that it really affects up to 20% of the population of those who read English; that’s one in five people (Shaywitz, 2005). However, Snowling (2000) suggested that when the language is more transparent than English, such as Spanish, Finnish, and German, that number decreases to about 5%. Therefore, when we broaden the discussion to include the ELL, we must remember that dyslexia is a human condition that is not bound by country, it has no language borders, and it can affect anyone attempting to decode a printed alphabetic language (and probably a logographic language as well). It is still worth establishing that dyslexia is not a result of laziness, lack of motivation, or socioeconomic advantage or disadvantage. Contrary to popular belief and the rampant misinformation distributed, dyslexia is not a visual problem, even though it may present itself that way when students appear to be transposing letters like b, d, p, and q. The fact is that students with dyslexia see letters and words the same way those of us without dyslexia do. This brings us to the definition of dyslexia. The International Dyslexia Association (IDA) and the National Institute of Child Health and Human Development (NICHD) publish the following definition:
Read the Rest of this Article on Language Magazine.com