Worth Repeating: Instead of Framing ‘Failure’ As a Positive, Why Not Just Use Positive Words? 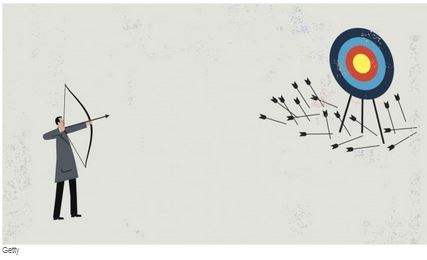 In recent months, authors, school districts, and big thinkers have promoted failure as a valuable experience for young people, specifically students. The premise behind this argument could be valuable, as evidence exists showing students do best when they have space to wrestle and struggle when engaged in trial and error, design-based or problem-based learning. These research-defined terms and approaches have a long and successful history in educational practice and outcomes.

But if that’s the case, why are we pushing the use of such a loaded work like failure in our societal discourse on education? What does using a negative term such as failure as a way of indicating positive traits do to students and schools?

Failure, in education as well as general society, is a negative word. To fail means there is finality in being unable to meet standards or objectives for a task. Whereas in general society there is a dichotomy between success and failure, in education there is a spectrum. To not meet all expectations in business (except perhaps in the “fail fast” tech industry model) may be deemed a failure, and one from which to reconvene and try again, whereas in education the endeavor is not a failure but a space between full success and failure, one from which to reconvene and try again, in the spirit of effort. Failure is a foundational element of assessment in education, the letter F as important to the spectrum as the letter A.

Read the Rest of this Article on Mind Shift