Food For Thought: Person-First Language: Why It Matters (The Significance of Semantics) 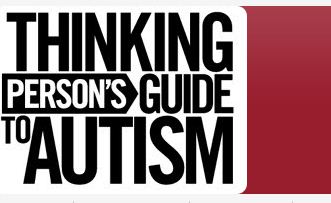 by:  Lydia Brown
At the Adult Services Subcommittee’s final meeting in late July, much to do was made about semantic disagreements — “ASD individual” versus “individual with ASD,” and of course, the dreaded “person with autism” or “person who has autism” versus “autistic person.” These issues of semantics are hot button issues, and rightfully so.
Words and language are powerful tools by which an individual can express ideas, whether abstract, actionable, or concrete. As a writer and editor, I know firsthand that language and the meanings we attach to words very much impact, influence, develop, and change the attitudes that we have toward the subjects of discussion. That is why people are easily insulted or upset by word choices. Changing a phrase — even if it holds the same literal meaning — alters the subtle connotations and nuances of the speech, and communicates a different meaning and context than the original phrasing.
In the autism community, many self-advocates and their allies prefer terminology such as “Autistic,” “Autistic person,” or “Autistic individual” because we understand autism as an inherent part of an individual’s identity — the same way one refers to “Muslims,” “African-Americans,” “Lesbian/Gay/Bisexual/Transgender/Queer,” “Chinese,” “gifted,” “athletic,” or “Jewish.” On the other hand, many parents of Autistic people and professionals who work with Autistic people prefer terminology such as “person with autism,” “people with autism,” or “individual with ASD” because they do not consider autism to be part of an individual’s identity and do not want their children to be identified or referred to as “Autistic.” They want “person-first language,” that puts “person” before any identifier such as “autism,” in order to emphasize the humanity of their children.
Yet, while I have been familiar with this rift among the autism community over the use of “person with autism” as opposed to “Autistic person,” I hadn’t fully explored the diversity of perspectives on the topic until now.
During last Wednesday’s meeting, one subcommittee member, who I believe is the parent of an Autistic child, and an Autistic self-advocate expressed disagreement over the terms. Feedback from one of our members suggested changing “ASD individual” in our report to “individual with ASD.” The Autistic self-advocate sitting beside me, who also has an Autistic brother, voiced her objection to use of the term. “I disagree,” she said as the suggestion was read aloud. “I’m not a person with autism; I am Autistic.”
Immediately, a mother sitting next to her responded, “I come from a time where that word, ‘autistic,’ had — still has — a negative meaning. It’s offensive. When someone refers to my son as ‘the autistic,’ I cringe at that word; I get ready to defend him.”
After our meeting, I took the time to explore a wealth of opinions online about the use of person-first language — from those who support it and those who oppose it. The theory behind person-first language is that it puts the person before the disability or the condition, and emphasizes the value and worth of the individual by recognizing them as a person instead of a condition. And that’s a great idea. In fact, when discussing specific people, I have never once heard anyone — self-advocate, parent, teacher, or otherwise — refer to a person as anything except by his or her name. I can’t think of any teacher — at least any decent one — who would refer to a student as “that Autistic kid,” or “that kid with autism.” And I certainly can’t think of any parent who wouldn’t refer to his or her child by name.
Read the Rest of this Article on the Thinking Person’s Guide to Autism
Visit the Author’s Blog, Autistic Hoya
About Lydia Brown:   Lydia Brown is an Autistic woman of color, a Chinese transnational adoptee, and a proud Hoya from Massachusetts. She is the 2012 Patricia Morrissey Disability Policy Fellow at the Institute for Educational Leadership Center for Workforce Development. She also interns for the Autistic Self Advocacy Network. Lydia is a member of the National Council on Independent Living Youth Caucus, the Georgetown University Center for Excellence in Developmental Disabilities Consumer Advisory Council, and the Board of TASH New England. In 2011, she served on the Adult Services Subcommittee of the Massachusetts Special Commission Relative to Autism, and in early 2012, she served on the National Youth Leadership Network’s Outreach and Awareness Committee. Lydia is a student at Georgetown University, where she is actively working to engage interested students, faculty, staff, and administrators to establish, develop, and sustain a Disability Cultural Center on campus.   You can learn more Lydia on her blog, Autistic Hoya.