Editor’s Note:  Thank You to Ann Purcell Best of the School-Based Speech and Language Therapy Group on Facebook for the link to this excerpt.  Diagnosis is never an easy answer.  What do YOU think of this article. 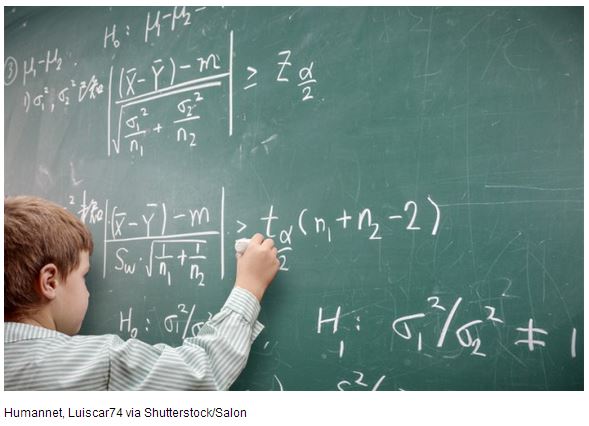 [Source: Salon.com]
by Enrico Gnaulati PhD
Excerpted from:  Back to Normal: Why Ordinary Childhood Behavior Is Mistaken for ADHD, Bipolar Disorder, and Autism Spectrum Disorder

I have followed William in my therapy practice for close to a decade. His story is a prime example of the type of brainy, mentally gifted, single-minded, willful boys who often are falsely diagnosed with autism spectrum disorder when they are assessed as young children. This unfortunate occurrence is partly due to defining autism as a “spectrum disorder,” incorporating mild and severe cases of problematic social communication and interaction, as well as restricted interests and behavior. In its milder form, especially among preschool- and kindergarten-age boys, it is tough to distinguish between early signs of autism spectrum disorder and indications that we have on our hands a young boy who is a budding intellectual, is more interested in studying objects than hanging out with friends, overvalues logic, is socially awkward unless interacting with others who share identical interests or is in a leadership role, learns best when obsessed with a topic, and is overly businesslike and serious in how he socializes. The picture gets even more complicated during the toddler years, when normal, crude assertions of willfulness, tantrums, and lapses in verbal mastery when highly emotional are in full swing. As we shall see, boys like William, who embody a combination of emerging masculine braininess and a difficult toddlerhood, can be fair game for a mild diagnosis of autism spectrum disorder, when it does not apply.

Read the Rest of this Excerpt on Salon.com