Worth Repeating: The Upside of Dyslexia 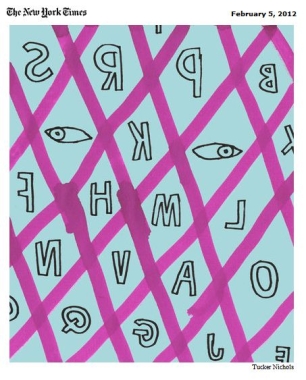 by Annie Murphy Paul
THE word “dyslexia” evokes painful struggles with reading, and indeed this learning disability causes much difficulty for the estimated 15 percent of Americans affected by it. Since the phenomenon of “word blindness” was first documented more than a century ago, scientists have searched for the causes of dyslexia, and for therapies to treat it. In recent years, however, dyslexia research has taken a surprising turn: identifying the ways in which people with dyslexia have skills that are superior to those of typical readers. The latest findings on dyslexia are leading to a new way of looking at the condition: not just as an impediment, but as an advantage, especially in certain artistic and scientific fields.
Dyslexia is a complex disorder, and there is much that is still not understood about it. But a series of ingenious experiments have shown that many people with dyslexia possess distinctive perceptual abilities. For example, scientists have produced a growing body of
Read the Rest of this Article on the New York Times