Worth Repeating: What Causes Speech Delay In Twins (Video and Article) 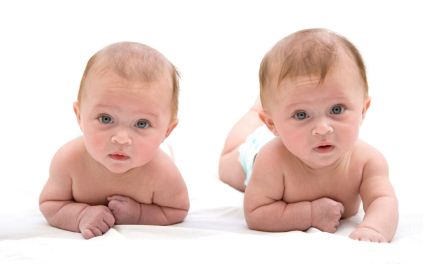 According to the 2006 National Vital Statistics Report, about 32 twins are born per 1,000 births in the United States. For expecting parents, the prospect of twins can be incredibly exciting. But it can also be just as overwhelming, with double the responsibility and half the time. Raising twins differs from raising singletons in several ways, requiring parents to carefully plan and prepare. Knowing what to expect can reduce anxiety and empower parents to handle their new role with double the confidence.
Are twins more likely to be delayed in Speech?
Studies have documented that twins are more likely to demonstrate delays in speech and language skills, with males typically showing a six-month greater lag than females (Lewis & Thompson, 1992). However, studies have also documented that twins typically catch up in their speech and language development by three to four years of age (Lewis & Thompson, 1992). Language delays are typically characterized by immature verbal skills, shorter utterance lengths, and less overall verbal attempts.
Read the Rest of this Article on North Shore Pediatric Therapy