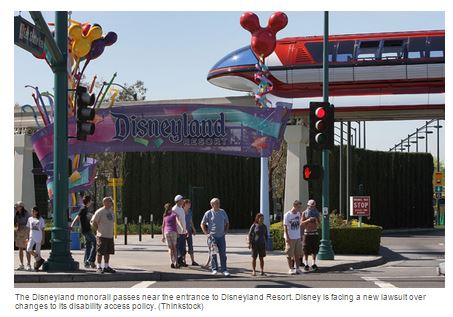 More families are taking legal action against Disney, alleging that recent changes to theme park access for people with disabilities are discriminatory.
Fourteen new families filed suit this week in Los Angeles Superior Court against Walt Disney Parks and Resorts, arguing that the company’s disability access program violates California’s Unruh Civil Rights Act.
Already, 44 families are part of a federal lawsuit before the U.S. District Court for the Middle District of Florida claiming that the disability access policy at Disney parks violates the Americans with Disabilities Act.
Both legal actions were sparked by sweeping changes to Disney’s approach to accommodating guests with disabilities in 2013.
At that time, the company put an end to its Guest Assistance Card, which often let individuals with special needs and those they were traveling with skip to the front of long
Read the Rest of this Article on Disability Scoop