Movie Featuring Actor With Down Syndrome Set For Wide Release 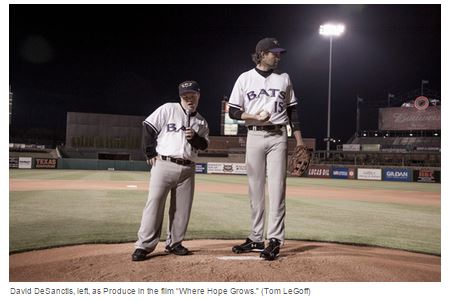 A film starring a man with Down syndrome is set for a nationwide release this spring.

“Where Hope Grows” is expected to appear on about 300 screens across the country when it is released May 15.

Central to the story is a grocery-store worker named Produce, played by David DeSanctis who has Down syndrome.

In the film, Produce strikes up an unlikely friendship with a professional baseball player who was sent into early retirement after having panic attacks at the plate.

The movie marks DeSanctis’ acting debut and makes the Louisville, Ky. resident among the first with Down syndrome to have a lead role in a feature film.

“I want people to see me for my abilities, not my disabilities,” DeSanctis told The Hollywood Reporter.