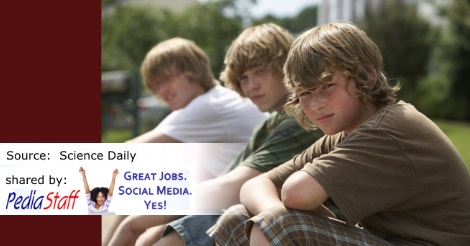 Although the human brain’s default and executive networks are mostly developed by early childhood, the characteristics of key nodes, or hubs, in these networks continue to mature into adulthood. Many of these changes emerge during adolescence, a crucial transitional period with lasting influence on an individual’s mental health.

Knut Kolskår, Lars Westlye, and colleagues examined the centrality of these hubs, or how widely and strongly they are connected with other parts of the network, among 8- to 22-year-olds at rest and during a working memory task. The researchers found that the centrality of executive network nodes increased with age while centrality of default network nodes decreased with age. Improved performance on the working memory task was associated with the differences in the connectivity of these