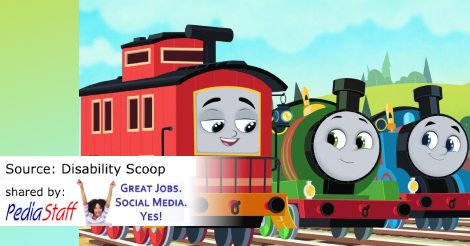 A staple of children’s television is introducing its first-ever character with autism, a series regular who will be voiced by an actor who’s on the spectrum himself.

The character is described as a “joyful, pun-making brake car” whose ability to go in reverse gives him a unique perspective.

“Detail-oriented Bruno enjoys schedules, routine, and knows where all the tracks lead,” according to Mattel Television, which makes the show. “Through his on-screen presence, Bruno’s rich friendships and important work introduces audiences to a positive, neurodivergent role model.”