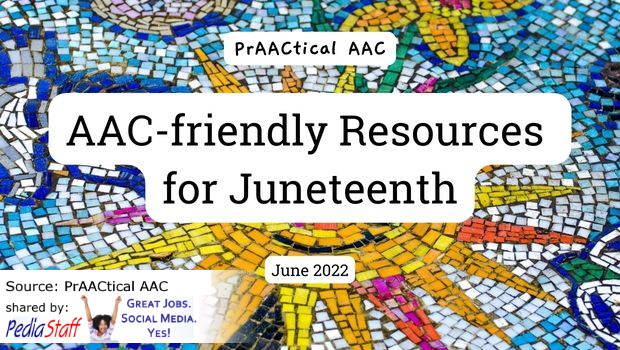 In the US, June 19th is a day that commemorates the ending of slavery. Although the Emancipation Proclamation became effective on January 1, 1863, it took an additional two and half years for it to take root in all of the states. It wasn’t until June 19th, 1865 that Texas became the final state to uphold the proclamation. There are other days that memorialize the freedom of enslaved people, but Juneteenth is the oldest nationally-celebrated commemoration.

Traditionally marked primarily by African Americans, there is a growing awareness of Juneteenth across a broad spectrum of people. In modern times, it has become a day to gather, reflect, and celebrate African American freedom and achievement. In these troubled times, it offers us an opportunity to learn about the history and lived experiences of black Americans, examine our own commitment to build a just society, and challenge ourselves to dismantle racism at all levels.

Read the Rest of this Article on PrAACtical AAC