Autism Corner: April is Here! Is it Autism Acceptance Or Autism Awareness? 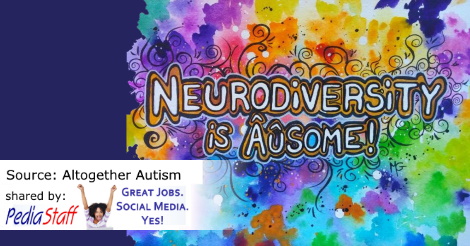 What is ‘Autism Acceptance’, as opposed to the usual ‘Autism Awareness’, asks Penni Winter?

AUTISM AWARENESS grew out of an earlier era, when few people knew what autism was, and so parents of autistics began public education campaigns.

But from the beginning autism was cast as a ‘problem’, with a focus on getting help with coping with autistic children – and the images were always of children – while words like disorder, illness, and disease were used to describe us. Cure talk was rampant. Videos and billboards implied we were a sort of modern plague.

This has led to today’s situation, where most people now know that autistics exist. But we’re still mostly portrayed in very negative terms,\

Read the Rest of this Article on Altogether Autism