9 May 2014, News of the Week, Newsletter, School Psych
Heidi Kay 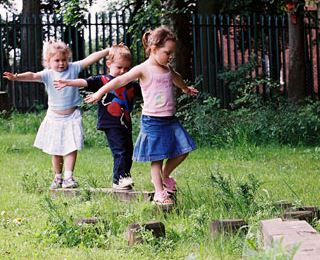 Children who spend significant time outdoors could have a stronger sense of self-fulfillment and purpose than those who don’t, according to new Michigan State University research linking children’s experiences in nature with how they define spirituality.

In the study, published recently in the Journal of the Study of Religion, Nature and Culture, children who played outside five to 10 hours per week said they felt a spiritual connection with the earth, and felt their role is to protect it.

“These values are incredibly important to human development and well-being,” said Gretel Van Wieren, assistant professor of religious studies. “We were surprised by the results. Before we did the study, we asked, ‘Is it just a myth that children have this deep connection with nature?’ But we found it to be true in pretty profound ways.”

For example, the children in her study expressed feelings of peacefulness and some believed that a higher power had created the natural world around them. They also reported feeling awestruck and humbled by nature’s power, such as storms, while also feeling happy and a sense of belonging in the world.