ADHD Doubles the Risk of Injury in Grade School Kids 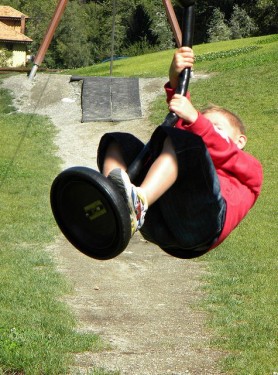 Photo Credit: Viola Koçi’s
[Source: Medical News Today]
Injury kills more 11-year-olds in the United States than all other causes combined, and a new study from University of Alabama at Birmingham reveals ADHD almost doubles the risk of serious injury among this age group.
“We found that children with more ADHD symptoms, those in the 90th percentile, are nearly twice as likely to get hurt as those with symptoms in the 10th percentile,” says David Schwebel, Ph.D., director of the UAB Youth Safety Laboratory and lead author. Boys, he said, are nearly twice as likely to be injured as girls.
The research, published in the September/October Academic Pediatrics, studied 4,745 fifth-graders from Houston, Los Angeles and Birmingham. Serious injury is defined as one that requires medical attention; more than half of the injuries included broken bones.
“These are children that no longer have adults or parents or teachers watching over them all the time, which means they have to make decisions on their own,” Schwebel said. “Children with ADHD are impulsive, inattentive; they may not notice things because their mind is wandering, and they’re hyperactive so they’re always moving and getting into things.”
Read the Rest of this Article on Medical News Today