ADHD Seen in 11% of U.S. Children as Diagnoses Rise 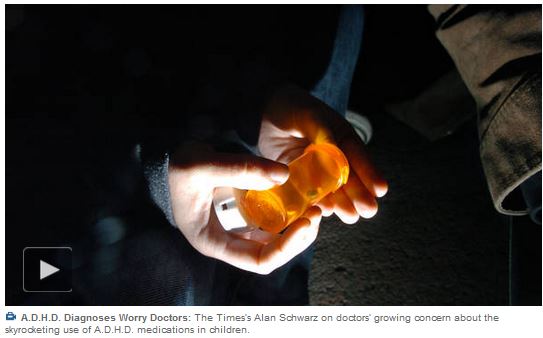 Nearly one in five high school age boys in the United States and 11 percent of school-age children over all have received a medical diagnosis of attention deficit hyperactivity disorder, according to new data from the federal Centers for Disease Control and Prevention.

These rates reflect a marked rise over the last decade and could fuel growing concern among many doctors that the A.D.H.D. diagnosis and its medication are overused in American children.

The figures showed that an estimated 6.4 million children ages 4 through 17 had received an A.D.H.D. diagnosis at some point in their lives, a 16 percent increase since 2007 and a 41 percent rise in the past decade. About two-thirds of those with a current diagnosis receive prescriptions for stimulants like Ritalin or Adderall, which can drastically improve the lives of those with A.D.H.D. but can also lead to addiction, anxiety and occasionally psychosis.