Depression in Young Adolescence Can be Prevented by Physical Fitness 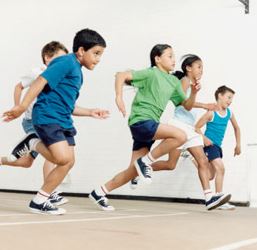 Editor’s Note:  Pretty much a “No Duh” study for therapists and other pediatric clinicians, but yet more evidence for the rest of the world on the importance of school and community based physical education for young people.
[Source:  Medical News Today]

Physically fit sixth-graders – especially girls – are less likely to report feeling depressed when they reach seventh grade, according to a study presented at the American Psychological Association’s 122nd Annual Convention.

Even when researchers considered existing symptoms of depression and weight, sixth-grade girls who performed better on a cardiorespiratory fitness test were less likely to feel depressed when they were surveyed again in seventh grade. There was a smaller but similar effect on boys’ depression, according to the findings presented by Camilo Ruggero, PhD, of the University of North Texas.

Researchers surveyed 437 students, 55 percent of whom were girls, at six middle schools in a metropolitan county in North Texas as part of a larger, county-wide program to assess physical fitness. In sixth and seventh grades, participants answered questions about their symptoms of depression and fitness. They were also weighed and completed a shuttle-based run, which is a fitness testing procedure involving short bursts of speed. The sample was 89 percent white and 9 percent African-American, with 27 percent also identifying as Hispanic.