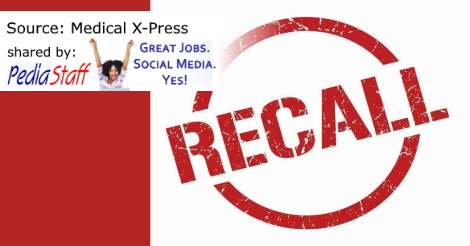 Hundreds of thousands of Fisher-Price 4-in-1 Rock ‘n Glide Soothers and 2-in-1 Soothe ‘n Play Gliders sold in the United States and Canada have been recalled after four U.S. infants died of suffocation.

The deaths occurred in the 4-in-1 Rock ‘n Glide Soothers. The infants were placed on their backs unrestrained in the product and were later found on their stomachs, according to the U.S. Consumer Product Safety Commission (CPSC). These incidents occurred between April 2019 and February 2020 and involved a

Read The Rest of this Article on Medical X-Press