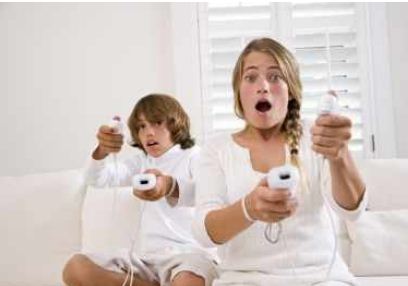 [Source: Medical News Today]
In a study recently published in Pediatrics, researchers say that “active” video games may not boost children’s physical activity as much as some people believe. The study, entitled “Impact of an Active Video Game on Healthy Children’s Physical Activity”, published online February 27th, claims that although it may seem that children are “exercising” while playing these games, their physical activity was not greater than children who play interactive games.
To determine their findings, the authors recruited 87 kids, between the ages of 9 and 12, who were each given 2 video games to play – either 2 inactive games, or 2 active games. The active games that were given to the kids included, “Wii Fit Plus” and “Dance Dance Revolution”, and the inactive games were “Mario Kart Wii” and “Madden NFL 10.”
Read the Rest of this Article on Medical News.com