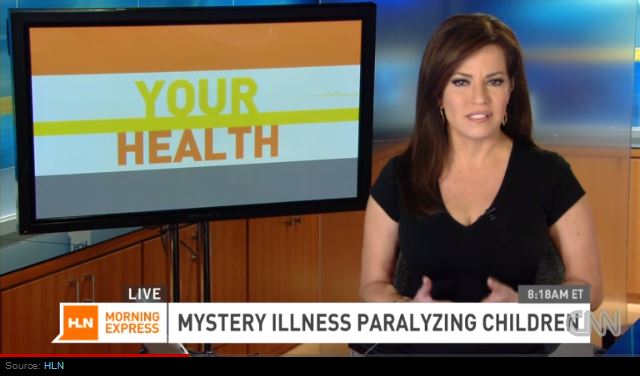 Doctors are looking for more information about a “polio-like syndrome” that has caused paralysis in a few children in California.
Neurologists have identified five patients who developed paralysis in one or more of their limbs between August 2012 and July 2013. All five children had been vaccinated against the poliovirus. Treatment did not seem to help the children regain their motor function.
Samples from two of the children tested positive for enterovirus 68, a rare virus that has been linked to severe respiratory illness in the past. Samples from the other three children were not collected or tested soon enough to yield conclusive results, said Dr. Emmanuelle Waubant, a neurologist at the University of California, San Francisco.
Waubant and her colleagues will present a case report about these patients’ illnesses at the American Academy of Neurology’s annual meeting in late April. They are asking health care providers to be on the lookout for similar cases and send in samples from any patient exhibiting these symptoms.
Dr. Carol Glaser, chief of the Encephalitis and Special Investigation Section at the California Department of Public Health, said the state is aware of the paralysis cases but believes the risk to families is very low.
Read the Rest of this Article and Watch Video on CNN.com
Watch This AP Story via Yahoo News