Prevalence of Visual Impairment Among Preschool Children Projected to Increase 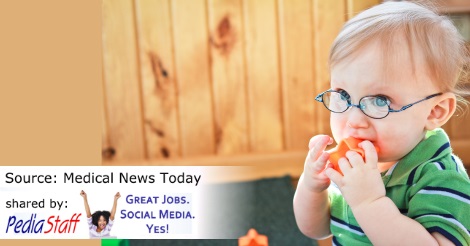 The number of preschool children in the U.S. with visual impairment is projected to increase by more than 25 percent in the coming decades, with the majority of visual impairment resulting from simple uncorrected refractive error, according to a study published by JAMA Ophthalmology.

Visual impairment (VI) in early childhood can significantly impair development of visual, motor, and cognitive function. There has been a lack of accurate data characterizing the prevalence of VI in the U.S. preschool population. Rohit Varma, M.D., M.P.H., of the University of Southern California, Los Angeles, and colleagues examined prevalence data from two major population-based studies to determine demographic and geographic variations in VI in children ages 3 to 5 years in the United States in 2015 and estimated projected prevalence through 2060. Visual impairment was defined as decreased visual acuity (VA) (<20/50 in children 36 to 47 months of age or <20/40 in children 48 months of age or older) in the better-seeing eye in the presence of an identifiable ophthalmic cause.