Editor’s Note:  This is interesting.  Results could be nothing more than the fact that kids in sunny states get out to play more and aren’t in front of the tube or bouncing off the walls.   In Florida, our kids are inside quite a bit though during the summer because its just too hot to play.  I would be interested to see happens when you normalize for number of hours spent outside on sunny vs. cloudy days.
[Source: Special Ed Post.com] 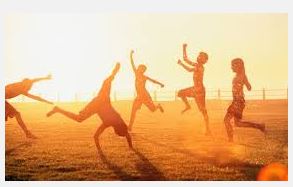 by Dr. Eugene Arnold
It’s estimated that 13 million men, women and children in the United States fit the diagnosis for attention-deficit/hyperactivity disorder, better known as ADHD or ADD. A neurodevelopmental disorder characterized by inappropriate degrees of inattentiveness, impulsivity and/or hyperactivity, ADHD is the most common mental health issue in children, with 5 to 8 percent of them affected.
For decades, doctors have tried to understand the disorder . Studies suggest 50 to 80 percent of cases are traced to inheritable traits, but the inheritable trait may be a vulnerability to something in the environment. Now, my colleagues and I are beginning to explore environmental factors that may play a role in whether or not a child develops ADHD.

In a recent study led by Martijn Arns from the Research Institute Brainclinics in the Netherlands, and published in the journal Biological Psychiatry, my colleagues and I found that kids living in states with more sunshine have lower rates of ADHD. In some of the highest sunlight states, the ADHD rate is half that in states with the highest rate of ADHD.

Read the Rest of this Article on Special Ed Post