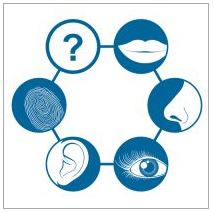 New findings suggest that people with autism have a higher than average chance of also having synesthesia, the condition in which the senses are mixed.
Professor Simon Baron-Cohen of Cambridge University and colleagues explain that synesthesia involves input to one sense triggering a response in a different sense.
For example, a person with “colored hearing” synesthesia sees colors after hearing sounds. Most mixed responses are visual, although synesthesia can involve any pair of senses, such as tasting flavors when hearing sounds. Autism is a condition involving “social-communication disability, alongside resistance to change and unusually narrow interests or activities,” explain the researchers.
They tested 164 adults with a condition on the autistic spectrum and 97 adults without autism. Synesthesia was diagnosed in almost three times as many participants with autism (19 percent) as those without (7 percent).
Of the 31 people who had both autism and synesthesia, the most common types were those known as “sound-color” (when a sound triggers a visual experience of color) and “grapheme-color” (seeing black and white letters as colored). Many also reported experiencing color when exposed to tastes or smells. Details of the study are published in the journal Molecular Autism.
Read the Rest of this Article on Psych Central